Royal Ford is proud to partner with different organizations on events with positive impact to the community. Below are just some of the sponsorships we had in the past. If you'd like us to be part of your events, scroll down for the sponsorship details.

Royal Auto Group’s “We Scare Hunger” campaign was another huge success! We were able to exceed our total from last year by having three times the amount of food items this year. The total amount of non-perishable food items that were donated added up to 2278 kilograms, which is equivalent to 5011 pounds! This wouldn’t have been possible without the support of the 10 participating schools - St. Michael's School, St. Paul's School, Yorkdale Central School, St. Alphonsus School, Columbia School, St. Mary's School, Dr. Brass School, Yorkton Nursery School Co-operative, Sacred Heart High School and Yorkton Regional High School!

The "We Scare Hunger" campaign is an annual food drive initiated by Ford of Canada. However, because of the pandemic, this program was discontinued in 2020. Royal Auto Group has continued this event once again this year by asking all of the schools in Yorkton to participate. After the schools confirmed their participation, boxes for the food items were dropped off at each participating school and placed at both dealerships. The campaign began on October 24th and ran until October 31st, 2022.

On November 1st and 2nd, Royal Auto Group staff picked up the boxes at each of the respective schools and brought them back to the dealership. Yorkton Nursery School Co-operative joined our campaign again this year and dropped off several boxes of food items at Royal Ford!

We are truly grateful and overwhelmed with the amount of food donations the participating schools collected this year! Their efforts and commitment to the campaign did not go unnoticed and we cannot thank them enough.

Royal Auto Group would also like to thank the following for their contribution to our “We Scare Hunger” campaign this year: Yorkton This Week, FoxFM and GX 94, CMM Digital, Yorkton Chamber of Commerce,  yorktonevents.com, Real Canadian Superstore & Save-On-Foods, Royal Auto Group staff, customers, and everyone who supported the event!

Royal Ford supported the annual community Terry Fox Run in Yorkton held on Sunday, September 18, 2022 to help raise funds for cancer research. The goal was to raise $2,000 and we were overwhelmed that we were able to fundraise more than that! Total amount gathered was $2,250! 78 people participated in the run, and including the volunteers, we had around 90+ people in attendance. Thank you to everyone who participated and supported this event for a cause! We look forward to doing this again next year.

If you'd like to donate, you can visit Terryfox.ca 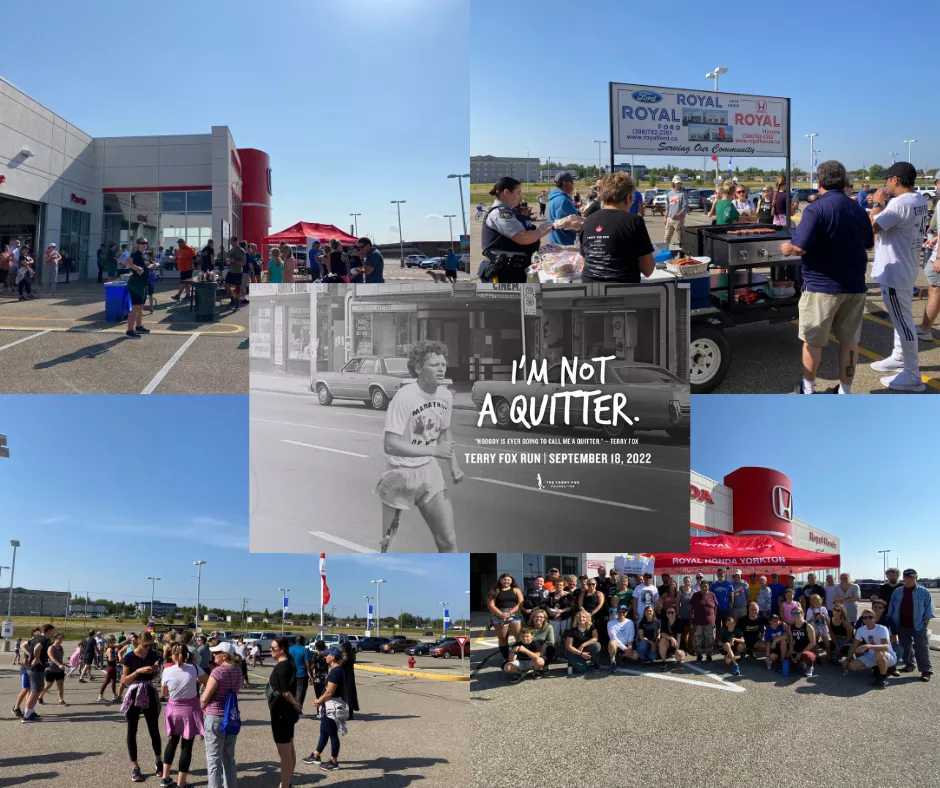 The Ortynsky Family and Royal Auto Group proudly support the restoration of the Yorkton Brick Mill. On November 24, 2021, Terry and Linda presented the $25,000 cheque donation to help fund the construction of The Interpretative Station. This station will house displays and educational materials, archival documents and meeting spaces to make the mill a gathering place that welcomes visitors and residents, and tells the story of more than 125 years of Yorkton's and our region's history.

With the business being situated in Yorkton for years, this is Royal Auto Group's way of giving back to the community.

Together, "We Scared Hunger"

Royal Auto Group's "We Scare Hunger" Food Drive turned out to be a huge success. This year, over 650 kilograms of non-perishable food items were donated, and this was made possible with the support of the schools in Yorkton.

"We Scare Hunger" is an annual food drive initiated by Ford of Canada. However, because of the pandemic, this program was discontinued last year. Dealer Principal Terry Ortynsky shared the idea of organizing this event once again, and Jane Jalmanzar from our Marketing Team reached out to the elementary schools in Yorkton. Five schools - St. Michael's, St. Paul's, St. Alphonsus, Yorkdale Central and Columbia School - immediately confirmed their participation. Collection boxes were placed at both Royal Ford and Royal Honda and the respective schools from October 25 to 29. The Yorkton Nursery School Co-operative, upon learning about the food drive, joined in and brought several boxes of food donations to Royal Ford.

"It was really heartwarming to see the kids, parents and teachers all participating. Everybody wanted to contribute to a worthwhile cause. The children really learned how to help so it was great," says Terry.

The food donations were presented to the local food bank, The Soup Haven, on Tuesday, November 9. Marilyn Dyck, Program Director of The Soup Haven said that the donations will be used for their lunch program that feeds over 250 school children a day. 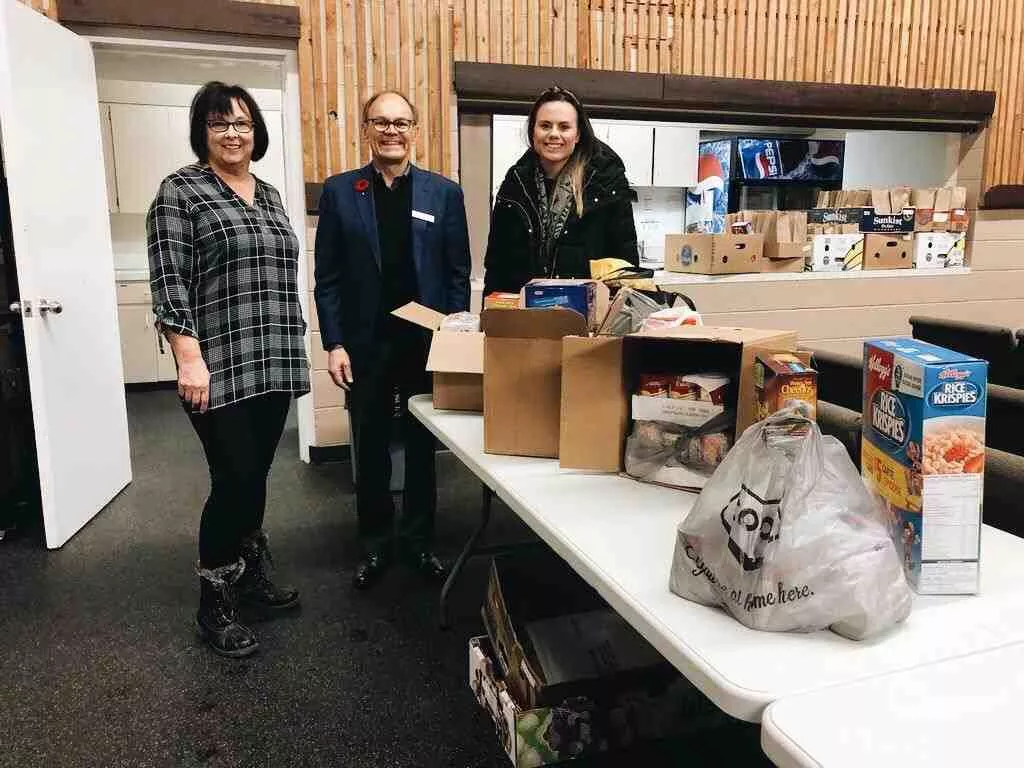 Ford We Can Scare Hunger Campaign

Terry Ortynsky and Natalie Ortynsky brought all the food donations we got from "We Can Scare Hunger" campaign last October 2019 to our local food bank, The Soup Haven. 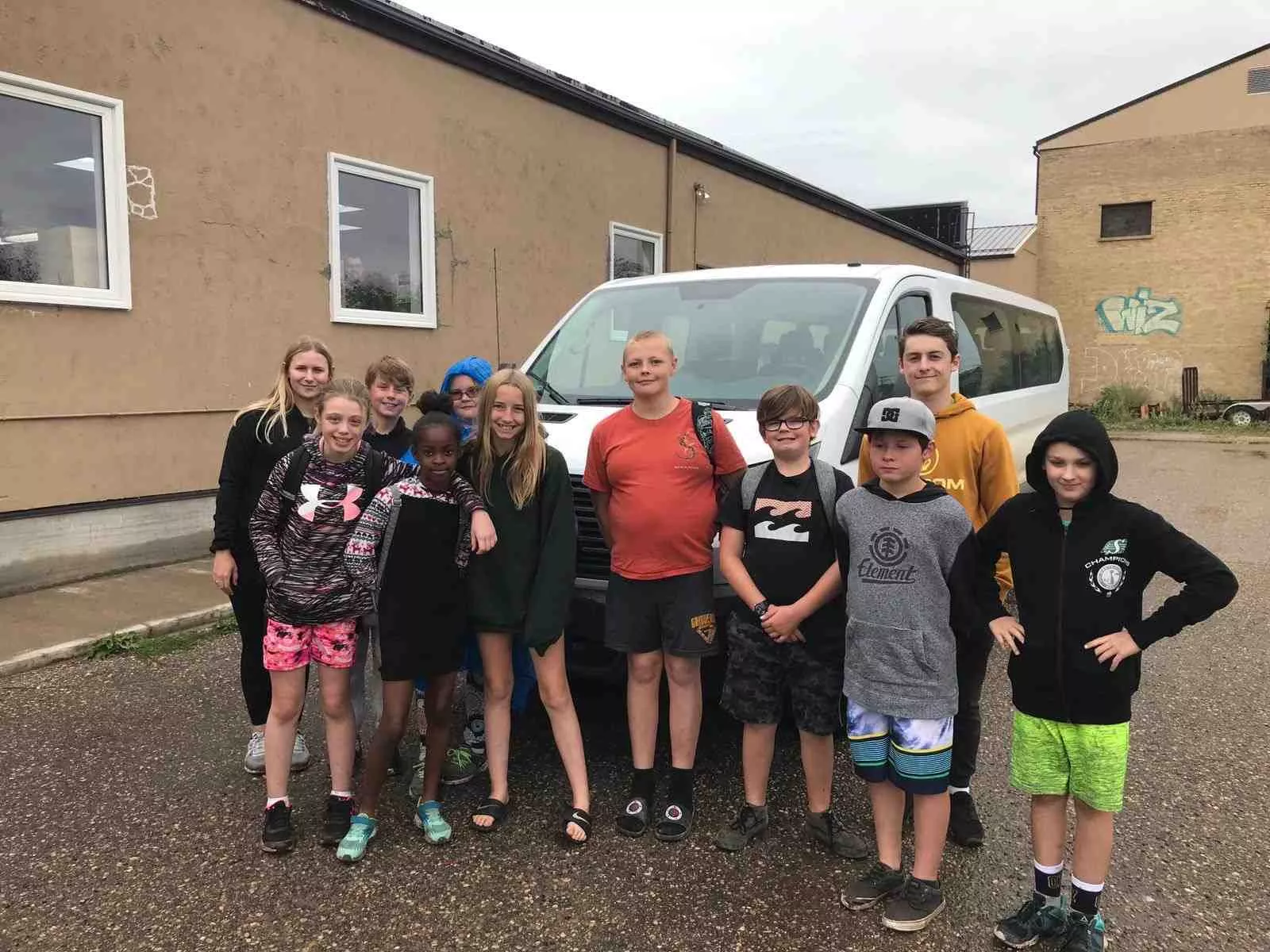 The Boys and Girls Club of Yorkton

The Boys and Girls Club of Yorkton with Royal Ford's transit van during their field trip to Kangro last August 12, 2019. 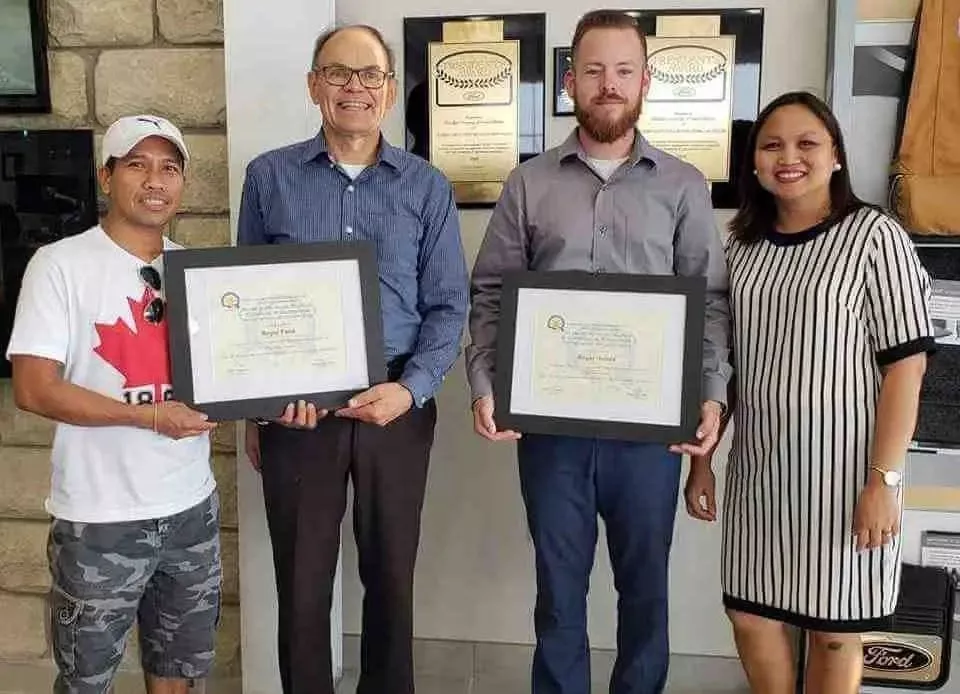 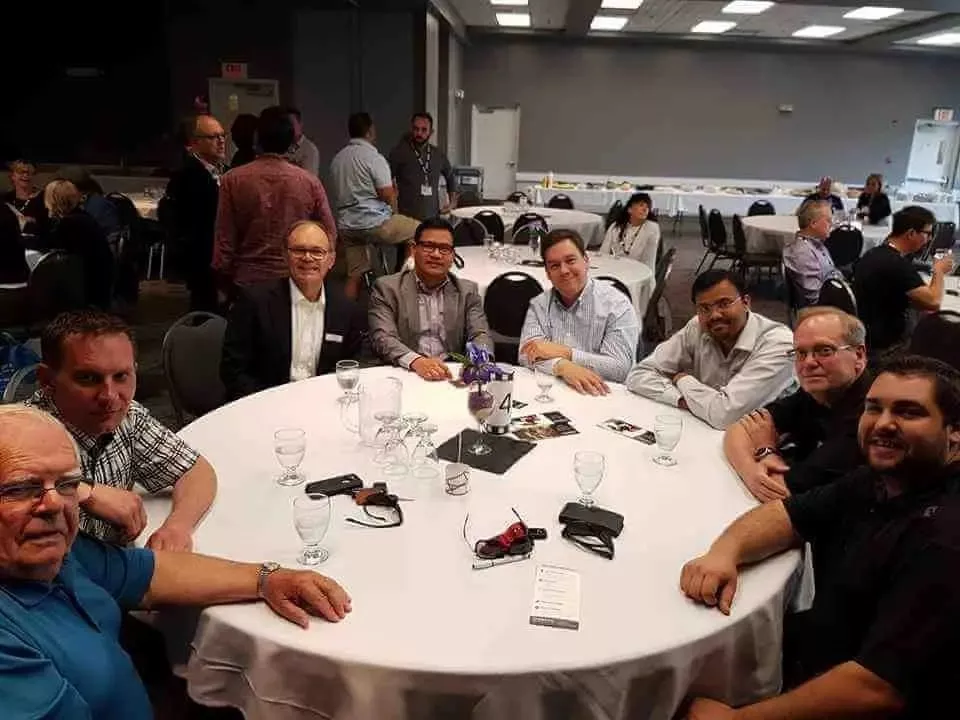 Royal Auto Group has been sponsoring the Yorkton Film Festival for 33 years. This was taken during the Awards lunch. 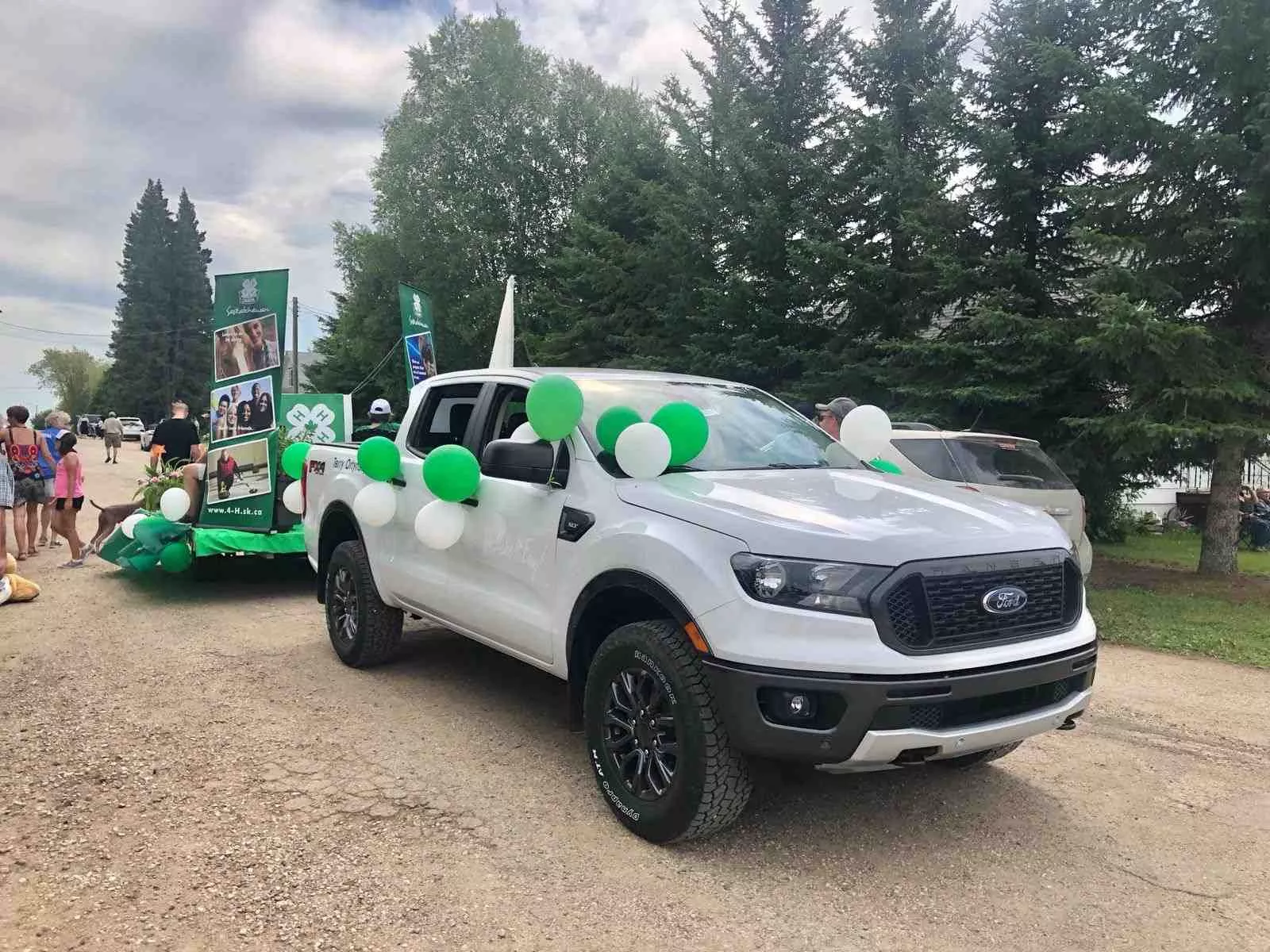 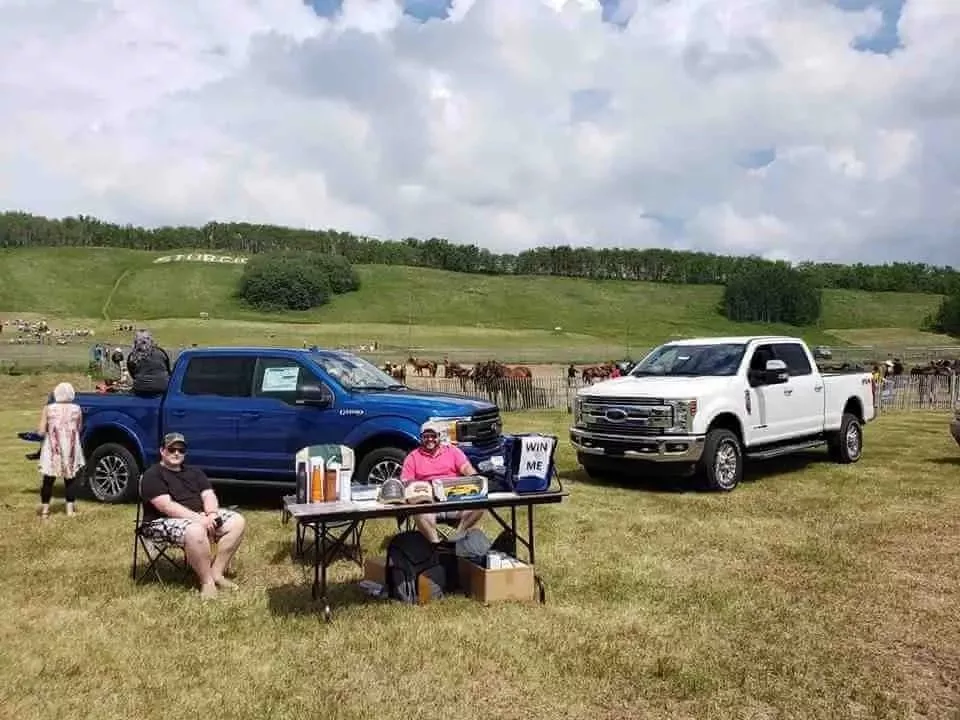 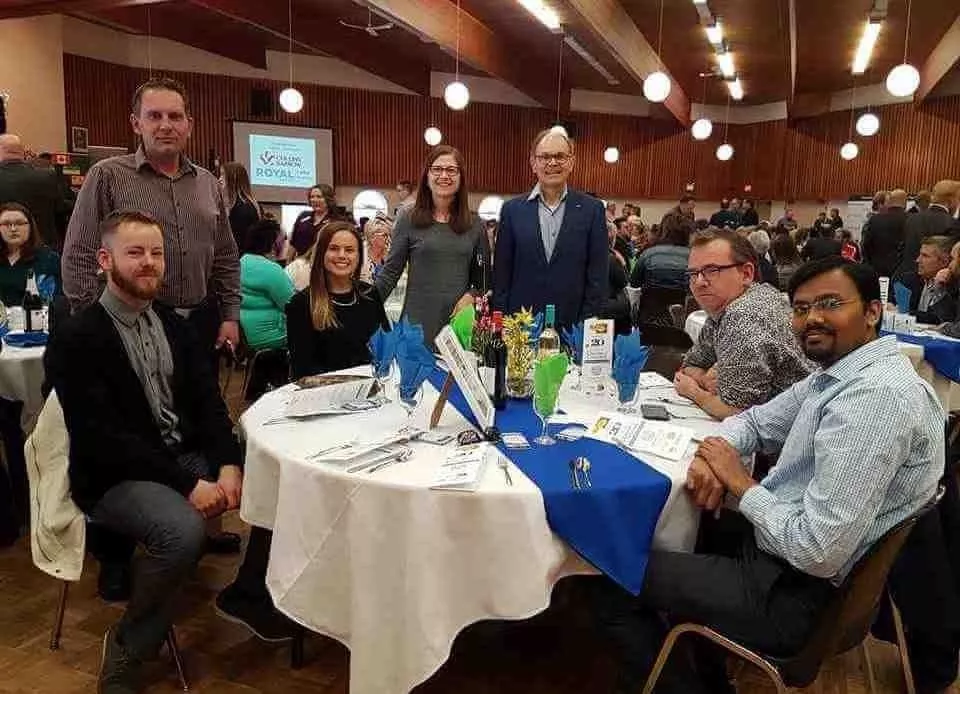 Royal Auto Group at the Business Chamber of Commerce Dinner